The post-Expo economy puts investors in the driver’s seat 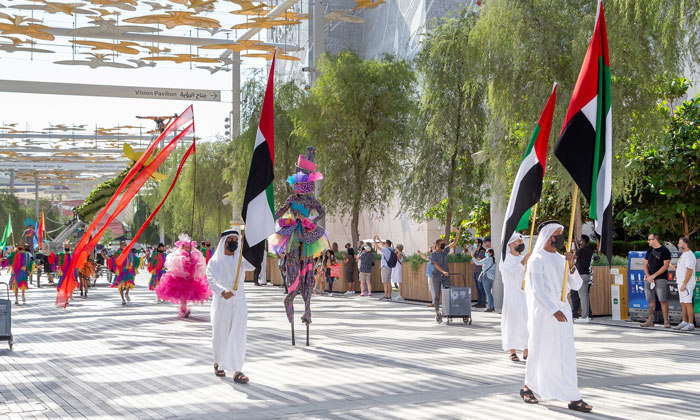 An economic transformation driven by forward-facing policy and strategic initiatives has positioned Dubai and the UAE as one of the most-preferred places in the world to live, work, and invest in, as Expo 2020 Dubai has left a positive impact on key sectors, says Saod Obaidalla, Executive Vice President and Head of Private Banking, Emirates NBD

Dubai has impeccably hosted 192 national pavilions for 182 days in the first World Expo to take place in the Middle East, Africa, and South Asia (MEASA) region in the event’s 168-year history. Economic impact studies have shown that the Expo contributed AED 122.6 billion of gross value added (GVA), along with 905,200 job-years, to the UAE’s economy up to 2031. The mega event welcomed more than 20 million visitors and has played a key role in enhancing strategic sectors such as tourism, hospitality, and real estate.

With the understanding that uncertainty is the investor’s worst enemy, Dubai and the UAE have taken multiple steps to develop a financial ecosystem that maintains a competitive edge in an increasingly globalized investment and business environment. With the dual objective of attracting foreign direct investment (FDI) and strengthening home-grown businesses and markets, the initiatives are widely expected to enhance economic growth, foster innovation, and put investors firmly in the driver’s seat.

In November 2021, the UAE announced the largest legislative reform in its history, with a basket of over 40 laws covering trade, industrial property, online security, copyright, digital signatures, and residency, making it more attractive for investors. The reforms also strengthen the knowledge economy with regulatory support. Already, the share of the digital economy in the UAE’s GDP has doubled from 4.3 per cent in 2019 to 9.7 percent in 2021.

Investors and entrepreneurs can now establish onshore companies in most sectors, with 100 per cent ownership. Additionally, to accelerate new listings in sectors such as energy, logistics, and retail, Dubai announced plans in November 2021 to list 10 government and state-owned companies on the Dubai Financial Market (DFM), and approved a market-making fund of up to AED 2 billion, along with an AED 1 billion fund to support tech company IPOs. This also aligns with a broader plan to double the financial market’s size to AED 3 trillion.

Building on a raft of such initiatives that have been announced since 2013, when Dubai won the bid to host the World Expo, the economic transformation has been combined with an agile and responsive visa and residency administration as well as the alignment of the work week with global markets.

Investors across the world have sat up and taken notice. Dubai attracted AED 15.9 billion (USD 4.3 billion) in FDI in the first nine months of 2021, with 58 per cent of the capital going into strategic sectors and 64 per cent comprising high and medium technology. The positive growth places Dubai third globally in the number of greenfield FDI projects and fourth in greenfield FDI capital flows, according to the ranking by Financial Times’ fDi Markets, which captures and compares FDI data across the world.

The continuous development of policy infrastructure is part of a larger strategic shift intended to cultivate a diversified knowledge economy. In March 2021, His Highness Sheikh Mohammed bin Rashid Al Maktoum, Vice President and Prime Minister of UAE and Ruler of Dubai, launched the 10-year Industrial Strategy titled ‘Operation 300bn’, to increase its contribution to GDP from the current AED 133 billion to AED 300 billion by 2031. A year later, in March 2022, the UAE cabinet authorized the use of crowdfunding by both public and private sectors, opening doors for entrepreneurs to finance innovative business ideas. 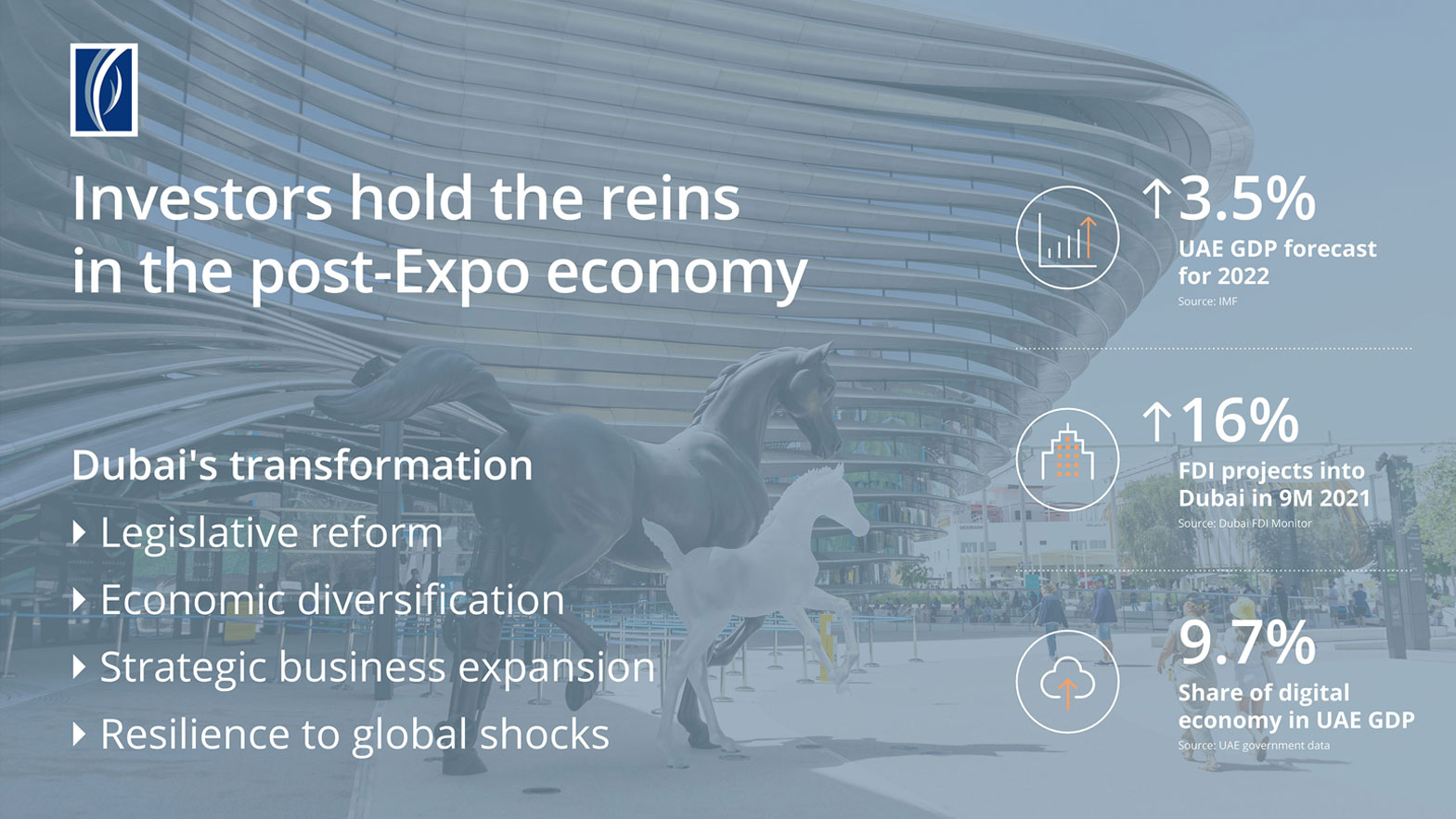 The planned and robust diversification away from oil and the proactive support for non-oil businesses – coupled with the UAE’s handling of the pandemic and supportive macroeconomic policies, among other factors – will result in a 3.5 per cent growth in the UAE economy in 2022, driven mainly by non-oil GDP expansion of 3.4 per cent, according to the most recent forecast by the International Monetary Fund (IMF).

It’s a dramatically different world today than it was in 2013. The legacy of Expo 2020 Dubai is not just the spectacular District 2020, but in the way the event has positioned Dubai to play an expanded role in the global future, with innovation, health, technology, creativity, and human connections at its heart, to attract entrepreneurship and investment. The making of the event has aligned with the making of a more diversified, resilient, sustainable, and knowledge-driven economy.

How do I blockchain, let me count the ways