Emirates NBD's net profit jumped 17% on stable margins, effective cost management and a significant reduction in the cost of risk reflecting improved business sentiment. The Group's strong first-half results demonstrate financial resiliency and the success of its diversified business model. Emirates NBD continues to support businesses and customers recovering from the global pandemic, while accelerating the pace of investment in digital and its international network to support future growth. Retail lending recorded its best ever quarter, including record growth for credit cards, personal loans, and home loans.

Emirates NBD continues to support and adapt to customers' changing needs and preferences, enabling secure banking through many innovative digital channels. The Group has reinforced its commitment to sustainability and responsible investment while further expanding its international presence. 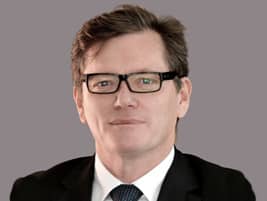 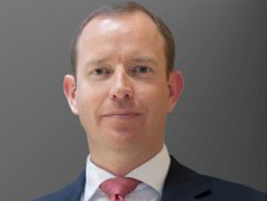 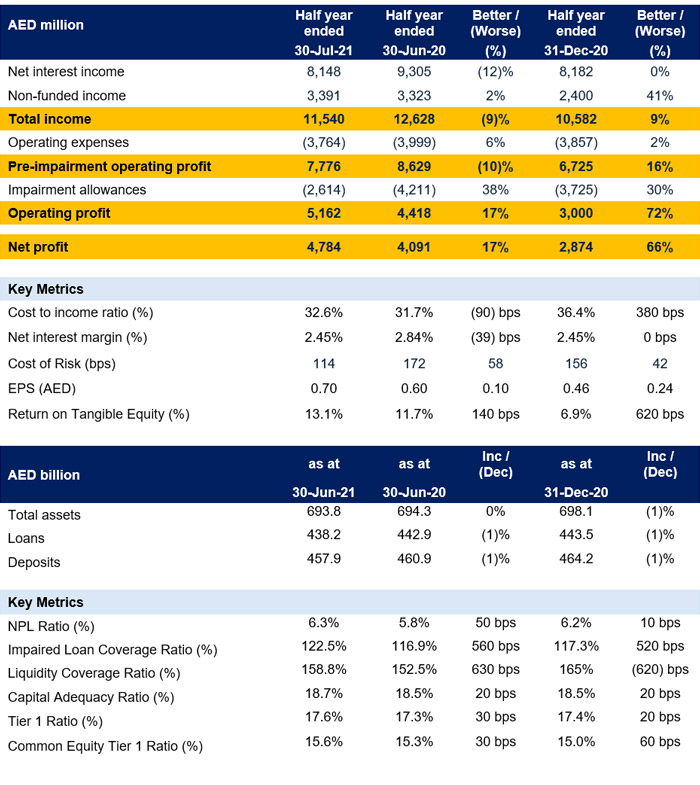 Total income for first-half of 2021 was up 9% to AED 11,540 million over the preceding half year due to increased transactional activity and stable NIMs.Total income was down 9% y-o-y as higher non-funded income was offset by a decline in net interest income due to lower interest rates.

Net interest income remained flat over H2-20 as an improved deposit mix offset lower asset yields and declined 12% y-o-y due to lower interest rates and a decline in DenizBank margins. Non-funded income was up 41% over the preceding half year and 2% higher y-o-y due to higher activity, an increase in foreign exchange and derivative income and higher investment securities income. 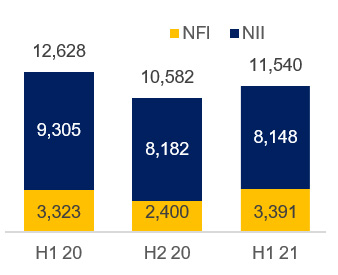 Expenses for the first-half of 2021 of AED 3,764 million improved 2% over the preceding half year due to earlier management actions. Expenses were 6% lower y-o-y due to lower staff and operating costs, and lower costs from DenizBank.

Impairment allowances in H1-21 of AED 2,614 million reduced 30% over the preceding half year and 38% y-o-y due to improving economic conditions, and following proactive provisioning in 2020. 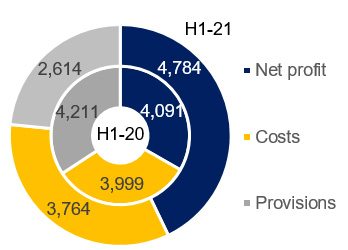 Impairment allowances in H1-21 of AED 2,614 million reduced 30% over the preceding half year and 38% y-o-y due to improving economic conditions, and following proactive provisioning in 2020.

The Group's net profit of AED 4,784 million for the first-half is 66% higher over the preceding half year and 17% higher y-o-y on improving economic conditions with DenizBank adding significant diversification to the Group.

In Q2-21 net loans grew by AED 2.1 billion as strong demand for retail loans and renewed growth in corporate and Islamic lending offset the FX translation impact from DenizBank. In H1-21, loans were down 1% due to repayments of corporate loans including loans receiving support and the FX translation impact. Deposits were down 1% in H1-21 due to Turkish lira depreciation. The deposit mix improved with CASA growing by AED 25 billion, helping replace a AED 27 billion reduction in more expensive fixed deposits.

Liquidity remains strong with the Liquidity Coverage Ratio at 158.8% and the Advances to Deposits Ratio at 95.7%. During the first-half of 2021, the Group raised AED 20.3 billion of senior term funding, more than fully covering this year's term debt maturities.

During the first-half, the Non-Performing Loan ratio increased marginally by 0.1% to 6.3% whilst the Coverage ratio strengthened further to 122.5%, demonstrating the Group's continued prudent approach towards credit risk management. The global economic recovery remains uneven, influenced by the success of vaccination programmes but threatened by the emergence of new variants of the virus. The speed of the UAE's vaccination programme has allowed the economy to remain open, even as other countries have struggled to contain the spread of the virus, and we expect the recovery in the non-oil sector to gain momentum in the second-half of 2021. Emirates NBD Research expects the non-oil economy to grow by 3.5% this year, although curbs on oil production will weigh on GDP growth, which is expected to reach 1.5% in 2021.

The Kingdom of Saudi Arabia's economy is expected to rebound this year after contracting 4.1% in 2020. Oil production cuts in the first quarter of 2021 will weigh on the GDP reading, even as the non-oil sector is expected to grow 4.0% this year.

The Egyptian economy has held up well in the face of the global pandemic, making it one of the few countries in the world to register positive GDP growth last year. While GDP growth likely slowed to 2.9% in the fiscal year ended June 2021, it is expected to accelerate to 4.9% next year.

Turkey also posted positive GDP growth in 2020, and the market expects improved growth of 5.5% this year. However, inflation uncertainty may weigh on the Lira.

Burger chain's stock price up 30% on first day of trading