Winner of the prestigious title for second consecutive year

Dubai, 21 December, 2016: Emirates NBD, a leading bank in the region, today announced that it has been named The Banker’s ‘Bank of the Year – UAE 2016’. The awards, considered among the most prestigious by the global banking community, recognise Emirates NBD’s strong financials and pioneering approach to the digitalisation of banking. 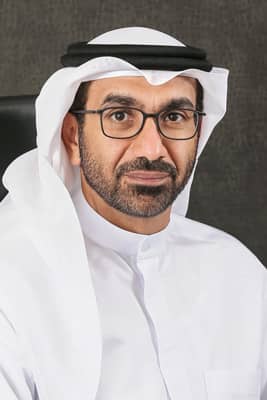 In awarding the top UAE title to Emirates NBD, The Banker stated that “Emirates NBD’s commitment to customer service excellence, efficiency, geographic expansion and digital innovation all ensured that it scooped this year’s country award for the UAE.  The bank’s return on equity stood at a healthy 21.5% in 2015 while its cost-to-income ratio was an enviable 31%. These strong results were underscored by Emirates NBD’s commitment to product and service innovation for new and existing customers.”

Commenting on the win, Hesham Abdulla Al Qassim, Vice Chairman and Managing Director of Emirates NBD said: “To be named ‘Bank of the Year’ for the second year in a row by a prestigious institution such as The Banker is indeed an honour. Emirates NBD has maintained healthy and positive financial results in the face of challenging economic conditions, with steady growth in market share. In terms of digital innovation, we have completely transformed in the past year to become a multichannel, integrated financial services institution that provides our customers with a superior, hassle-free and new age customer experience.”

Emirates NBD’s drive towards digital innovation and development is paying dividends. 87% of the bank’s total transactions were executed outside of the branch last year. In addition, more than 750,000 customers have downloaded the mobile app. These trends led to an inflection point in 2015, whereby the bank saw digital transactions grow by 29% while branch transactions declined by 15%. Emirates NBD now sources between 10% and 15% of its new business through digital channels across multiple segments and business lines. As part of a AED 500 million investment towards its multichannel transformation in the next three years, the bank also launched the Emirates NBD Future Lab™ to collaborate with existing partners and clients in the private and public sector as well as identify fintech innovators to create pioneering concepts for prototyping. Several of the bank’s most successful banking solutions can be attributed to its deep-rooted culture of innovation.