Emirates NBD earned the title of 'Most Innovative Bank in the Middle East 2014' based on the bank's investments in Dubai Financial Market's e-IPO platform, making it the first bank in the UAE to offer its customers online and mobile-based subscription to shares. Nearly half of the bank's customers subscribing to the Emaar Malls IPO took advantage of Emirates NBD's digital subscription channels, reaffirming the popularity of the bank's online innovation. 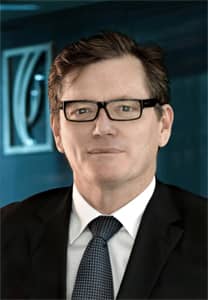 Commenting on the awards, Group Chief Executive Officer, Shayne Nelson said, "Emirates NBD has gained in reputation for offering its customers innovative banking solutions that make their lives easier. Our commitment to leveraging technology to constantly improve and enhance our offering has earned admiration and respect from our customers as well as the rest of the industry. I would like to commend our Group IT and Multichannel and Customer Relationship Management teams for their untiring efforts to keep innovating.

"In addition, I would like to recognise the team at Emirates NBD Capital, for carving a strong niche in the region's debt and equity markets. The company's in-house structuring and advisory capabilities, coupled with placement reach to investors globally, has positioned it as a major player in the UAE, and increasingly across the region," added Nelson.

In equity capital markets, Emirates NBD was ranked as the # 1 bookrunner in the UAE having managed four IPOs: Emirates REIT, Emaar Malls Group, Amanat Holdings and Dubai Parks & Resorts. In addition, Emirates NBD played a central role in some of the largest loan transactions in the Middle East, including the landmark US$3.15 billion multi-currency loan for Etisalat, where the bank acted as Mandated Lead Arranger.